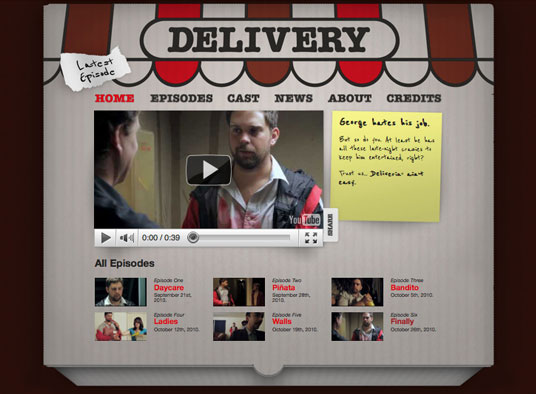 I made this WordPress site for some friends’ webisode series. From their Kickstarter page:

Delivery” is a 6-episode short comedy series featuring the exchange of money for goods between George and his customers in one late night shift. At least that’s the goal. Honestly, some of these people have more on their mind than paying the pizza boy…

(Yes, I realize that the series just ended and I’ve had this site done for more than six weeks, and I’m sorry… I’ve been really busy? [Blogger guilt.])